I have always had a real fascination with all things fungi. 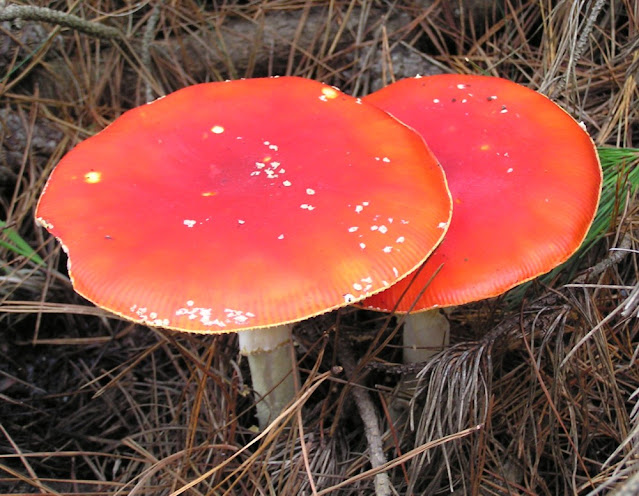 Perhaps that love came from the fairy rings that my mother taught me to recreate when I was just a little girl. 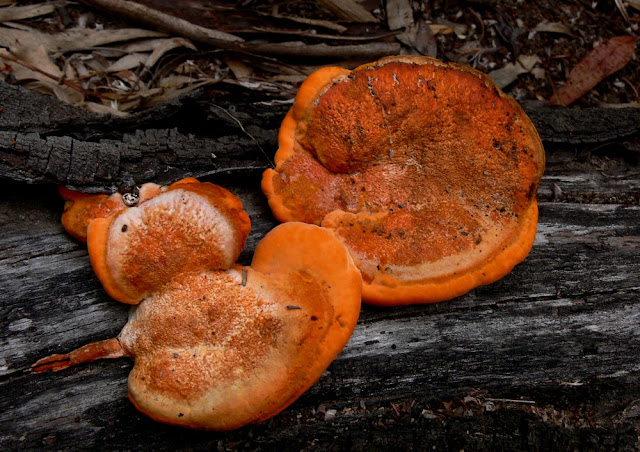 We didn't have a lot of fungi in the yard but I was allowed to go around our garden and pick all sorts of flowers that were in our flowering hedges to make a fairy ring, complete with grand entrance and throne for the fairy queen, who of course always sat on top of a toadstool. 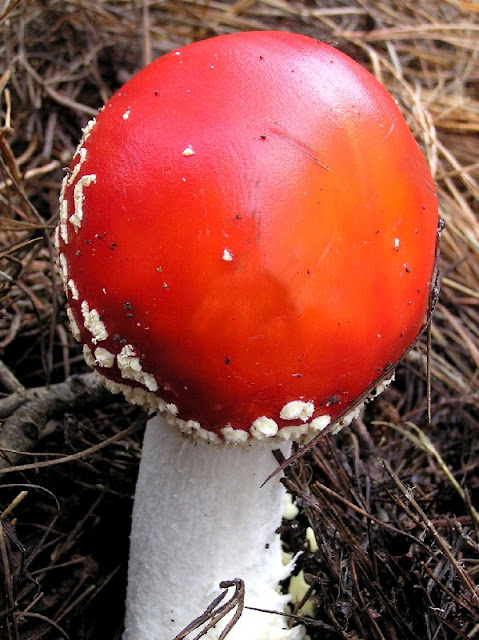 I can still remember my excitement as an adult when I found that those picture-book red mushrooms with white spots did actually exist! 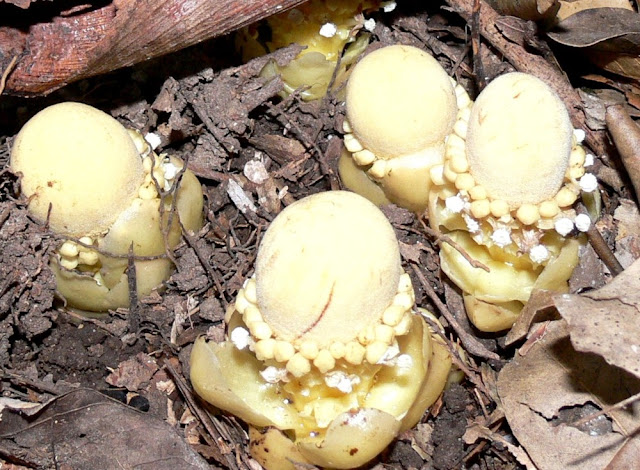 And there was even more amazement when I saw my first real fairy ring, It was pre-digital cameras so I don't have a photo, but those large circles of mushrooms just fascinated me. 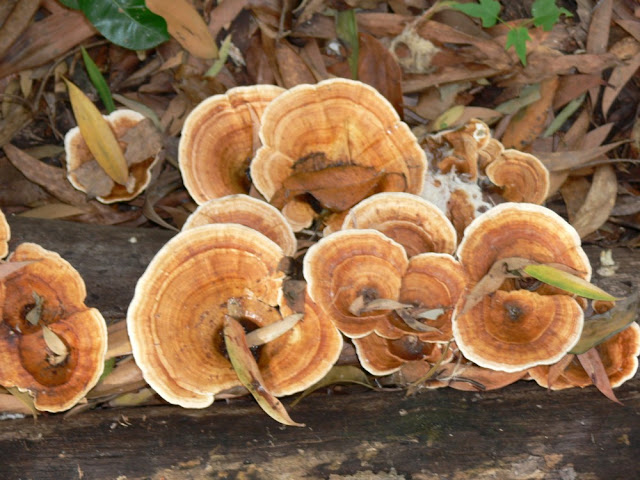 So now you know why I have quite a few projects that have mushrooms or toadstools in them! One of the April Hexies in the Gentle Gems 2021 Hexies program features one: 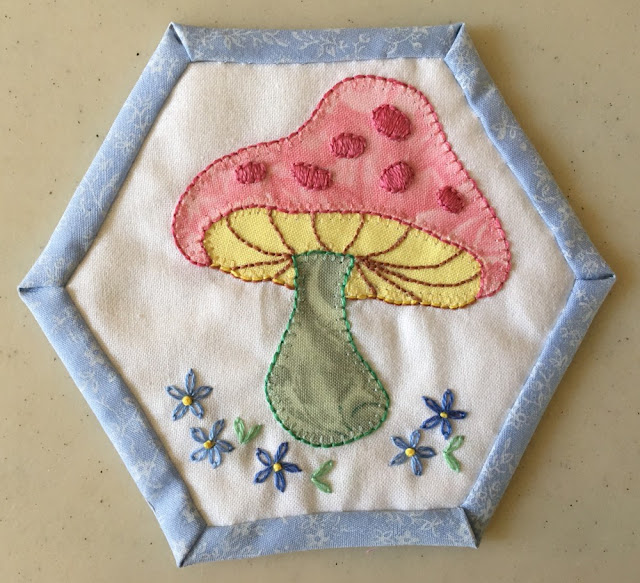 I have seen many colours of mushrooms and toadstools, but never one quite these colours, so treat that as poetic licence! 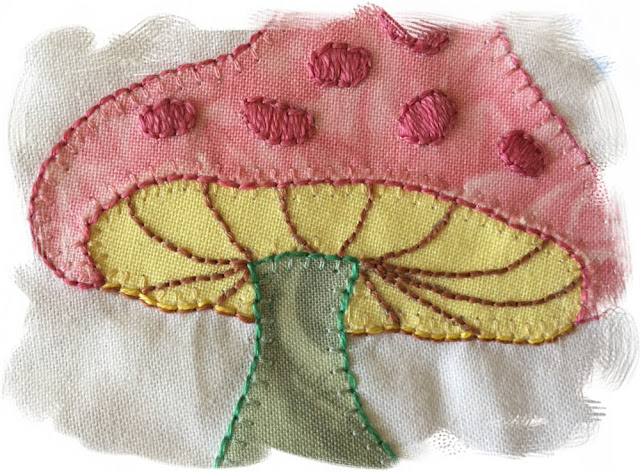 The other April Hexie is a retro Icecream Sundae. The icecream is outlined with little bullion loops which give a sweet scalloped effect - makes me want to eat it! 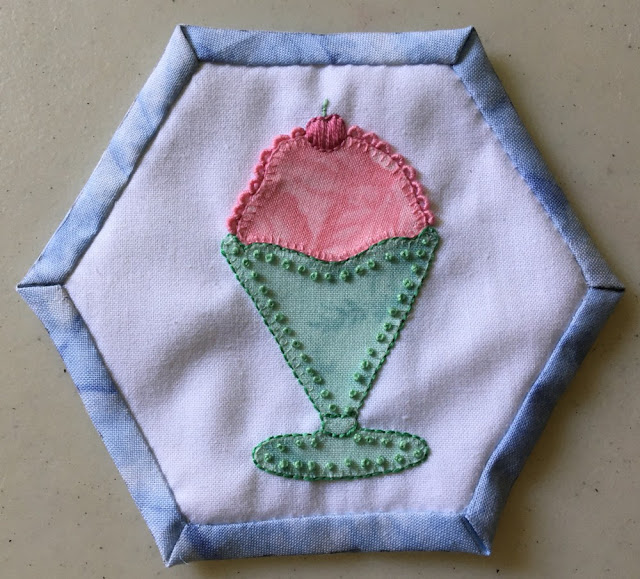 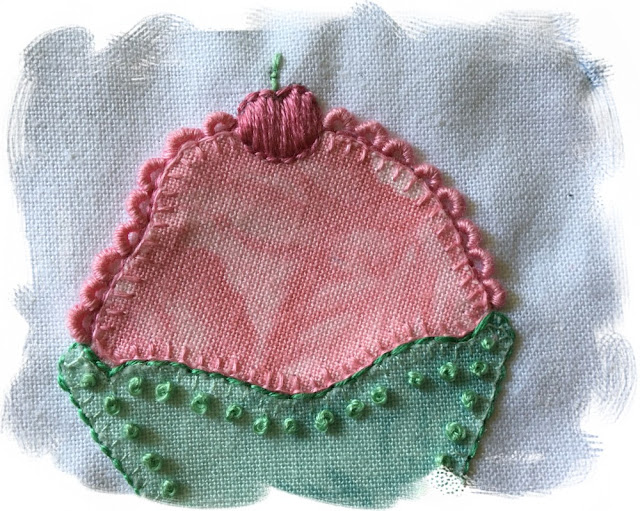 The patterns for these two Gentle Gems Hexies have been sent to all who have joined the 2021 Hexies of the Month programme. It's not too late to join and it's very reasonably priced, so hop over here for all the details. 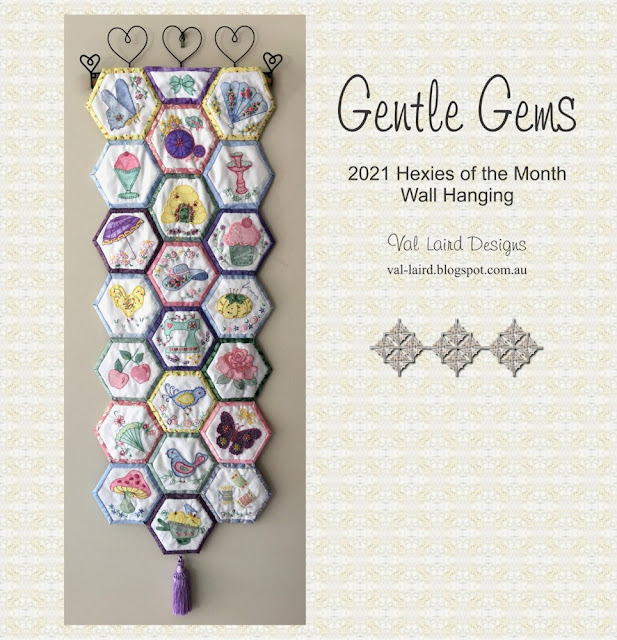 While we're talking fascinating plants, our bat plant has flowered again. Now that it is established, it produced seven flowers this year. 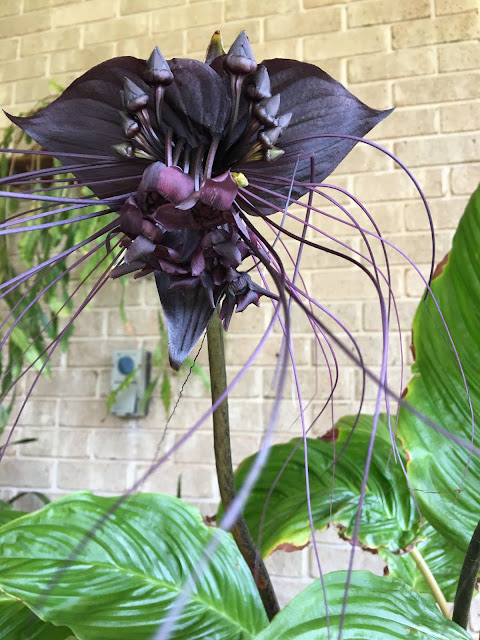 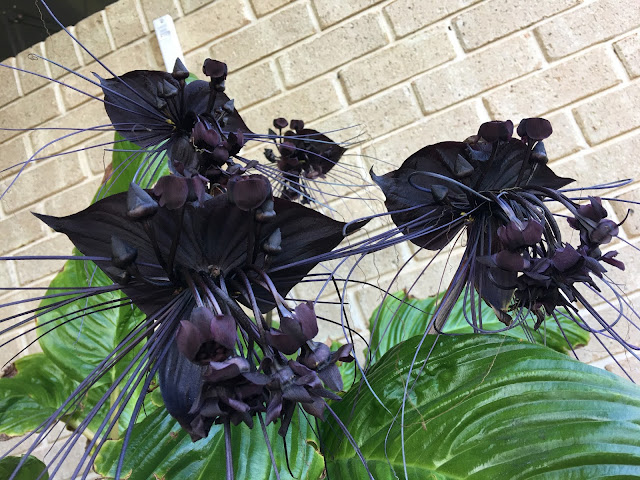 I'm afraid your comment will be automatically deleted if you sign in as Anonymous. Please leave your name so you can be identified.

I use Comment Moderation (so you don't have to guess Blogger identity numbers and letters) so your comment will not appear until after I have verified it.